This year marks the 20th birthday of “Bluetooth”. Chances are you use this technology every day for your wireless headphones, speakers, controllers for your game console or maybe even for the wireless transferral of files. However, there is much more to it!

In 1994, the Swedish company Ericsson was looking for a more advantageous manner of connecting a mobile phone with a headset without having to use wires. Simultaneously, the solution had to make a wired connection between a computer and peripherals unnecessary.
It was the Dutch Jaap Haartsen from Ericsson who developed the technology under the working title Bluetooth, named after the Viking king Harald Blåtand (Blåtand means blue tooth). It was Harald Blåtand who connected Scandinavia and Europe. As they could not find a better name, Bluetooth became the official name, together with a logo that is based on the H and B in runes.

But unlike many other inventions, more parties were working on the similar idea at the same time. And as the market would profit from having one standard, Ericsson, IBM, Intel, Nokia and Toshiba united in the Bluetooth Special Interest Group (SIG) in 1998. They worked together on this standard, on a fully ‘open’, royalty-free platform. Not long after Bluetooth 1.0 had arrived and even before the end of its first year, Bluetooth SIG consisted of more than 4.000 members. As the Bluetooth standard had to be easily accessible, the team chose a relatively cheap radio technology and searched for a frequency that was available throughout the entire world. That is why Bluetooth is on the 2,4 GHz frequency, which is free for use by ‘Short Range Devices’ such as baby monitors, wireless telephones, microwaves and the (at that time not yet available) Wi-Fi applications.

Bluetooth 1.0 was designed to compete with the energy-consuming RS-232 cable which was the standard at that time. This brought Bluetooth to a large range of applications with an energy-efficient aspect. Files were transferred between devices such as computers and mobile phones, images and documents between computers and printers, keystrokes between a keyboard and a computer, etc. At this time… the internet was still only scarcely available (and slow). Bluetooth seemed ideal to sync a PDA and exchange ringtones. Because of the swift development of multiple devices and technologies, Bluetooth has been updated a few times. Time and time again, safety, data speed and the energy-saving aspects were improved. In 2010, Bluetooth 4.0 came out. Thanks to the Low Energy Protocol (LE), this version saves so much energy that Bluetooth opened to the usage of accessories powered by button cell batteries. Think of devices such as Bluetooth headsets for your car or the heart rate tracker from your sports watch.

2016 saw the launch of the latest release with more and more devices equipped with Bluetooth 5.0. It might not come as a surprise: even less energy-consuming, smarter and faster when connecting and transferring between two devices. Another important improvement with Bluetooth 5.0 is the enlargement of the range between devices. The range is over 4 times bigger compared to the previous version. You used to be able to go to a maximum of 200 feet (60 m) depending on the capability of the device.  Now you can go to a maximum of 400 feet or 120m. So, if you run upstairs or outside to the garden with your headphones on, your music will not cut out or lose connection to your phone when left downstairs.

The increased range together with the enhanced Low Energy Protocol from version 4.0 and a feature that makes it possible for more than two devices to communicate without having to connect first, makes Bluetooth 5.0 a technology with many possibilities. For example, with The Internet of Things, where two devices are connected to the internet and each other via a router. Equipped with Bluetooth 5.0, these devices can communicate without interference of the internet. And don’t forget about the endless new possibilities in retail, in which ‘Bluetooth beacons’ can notify you about promotions, discounts or other marketing updates concerning products of interest via your smartphone. According to SIG, even the percentage of new cars that are equipped with Bluetooth in 2018 has already grown to 86%. In summary …Bluetooth is not just a passing fashion, it has evolved and continues to do so. It becomes the standard we use for our digital lifestyle.

Bluetooth turns out to be ‘a golden oldie’ that can keep up with time… here’s to
the next 20 years! 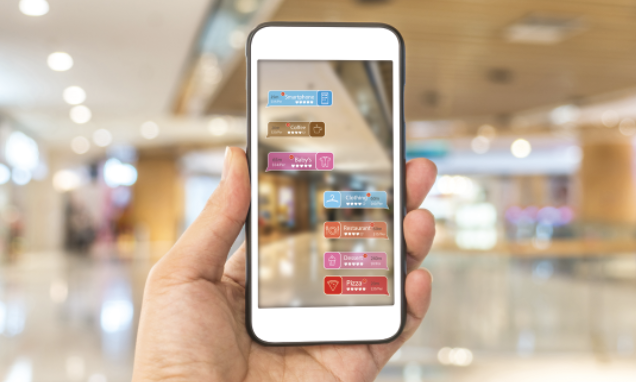